↓
The Danger of Mirror Wills

Around 40% of marriages in the UK are second (or even third) unions, which creates a lot of step-families – and occasionally, chaos among the kids when their parent and step-parent die. Mirror wills – where two people set down the same wishes for their legacy – are relatively common among couples but can split step-families in two, as Stuart Herd, an accountant from Essex, discovered. 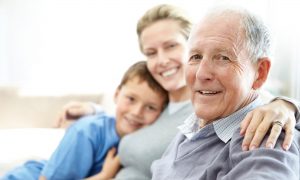 Shortly before his father died, Stuart Herd, 64, had a conversation with him about his will. Mr Herd told his son that he was leaving his estate to his second wife, who he’d married nine years earlier, and that when she died the couple’s assets would be split between Stuart and his wife’s son. The pair had prepared mirror wills, he said.

Mr Herd Senior died in 1997 and afterwards Mr Herd claims he stayed in contact with his stepmother. So he was shocked to discover, when she died in 2012, that she’d changed her will four years earlier – cutting him out and leaving everything to her son and his family.

“To me, my father was very clear in what he wanted,” Mr Herd says. “He worked really hard to build that up – my inheritance was around £150,000 – and losing it feels like you’ve been mugged. She changed it in 2008 and she lived those four years as if nothing had happened.”

Stuart Herd wrote to his stepbrother’s family outlining his position but got nowhere. So he’s launched a petition calling for increased protection for beneficiaries under mirror wills following the first death.

In the petition Mr Herd is calling for two changes to the law around mirror wills: first, a formal warning to anyone who writes a mirror will that their wishes may not be respected should they die first. He also called for the introduction of new legislation, stating that if the beneficiary of a mirror will is disinherited, they should receive a formal written notice for it to have effect. That, he says, is so the person who is being written out of the will has the opportunity to challenge it.

Indeed, just a couple of weeks ago Paul Daniel’s son branded his stepmother Debbie McGee a ‘false witch’, alleging that she’d cut him out of his father’s inheritance. Paul, who died of an inoperable tumour aged 77, left his whole estate to Debbie. But, Paul Daniels Junior, claimed: ‘She promised that she would look after me and my brothers. But the only person she has looked after is herself.’

What really hurts Stuart Herd, though, is the fact he feels his Dad’s last wishes have been disrespected.

“My late father was a very trusting person and would never have expected my late step mother to betray his wishes by disinheriting his only son and granddaughter in favour of her own family,” he says. “I know for a fact, if my late step mother had died first he would have respected her wishes without question.”

Of course there are advantages to leaving mirror wills. However, as Stuart Herd’s case shows, there are pitfalls too. If you want to chat through the pros and cons of mirror wills, please contact us at Talking Wills & Trusts on 01925 859623 or email info@talkingwills.co.uk and we can help you write a will that will protect your loved ones in the future.

We accept payments in GBP only, taken via the WorldPay system.
We accept the following types of card: